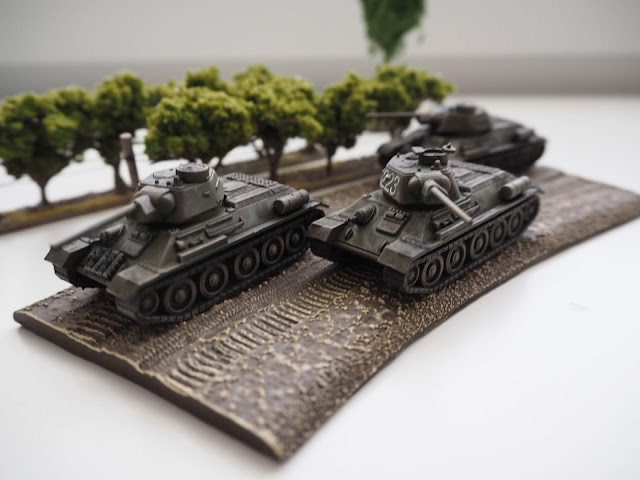 Below are some more tanks for my upcoming What a Tanker! games. Today I completed three T-34's for the Soviet forces.
Along with my StuG III and Panzer IV they should compliment each other nicely and be a fairly even match-up. 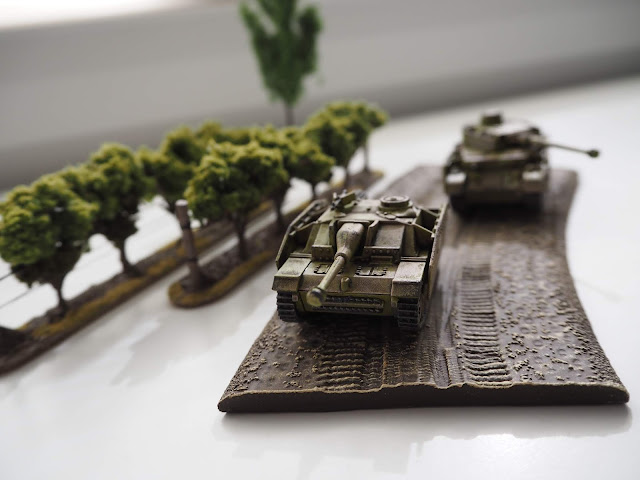 I normally game in 28mm, I like the scale, its easy to paint and identify stuff on the table...I also like the larger models as they remind me of plastic soldiers when I was a kid.
Anyway, I have been introducing a couple of work colleagues into tabletop games recently when one took a particular shine to my Greyhound Armoured Car. I thought what better game for a treadhead than What a Tanker! by Too Fat Lardies. - simple, quick and full of tanks.
Part of the reason for all the tanks lately was to use them for games of Chain of Command, Bolt Action and What a Tanker! However, as I do not have a lot of space at home (my play surface is only 4 x 4) so I decided to buy some 15mm tanks to allow a more dynamic games. The models themselves are from Gale Force 9's 'Tanks' and are essentially Flames of War miniatures (no complaints there though).
I found that I can utilise much of my terrain at the smaller scale and elected to take a break from the Mediterranean and dive into Ostfr…
3 comments
Read more

The Stug that did! 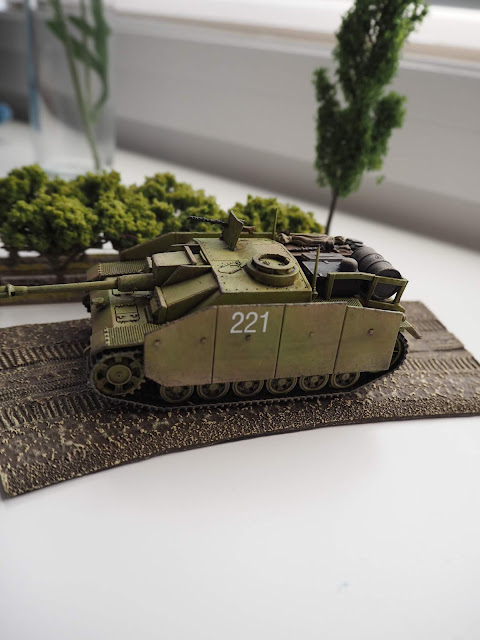 I finished up another StuG today, some German reinforcements for Italy. For my next german AFV I would like to try some camoflague, but I wanted to get the hang of the basics with this one first.

I think it turned out pretty good! 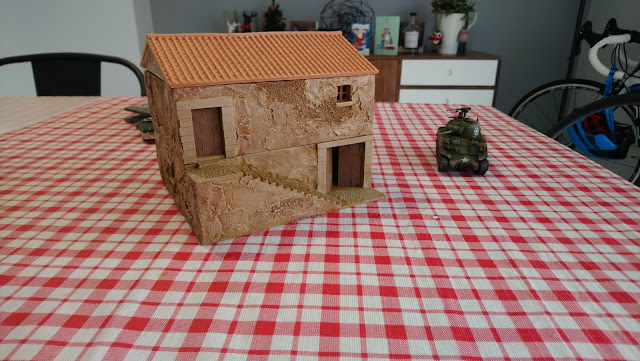 Just finished another building (one more to go).
This time the cart house. Its a little more rougher (textured) than my other buildings but I think it will fit in well 'under the Basilicatan sun'.
It is the same process as I followed for my other buildings. These are very nice kits and very easy to make look respectable. 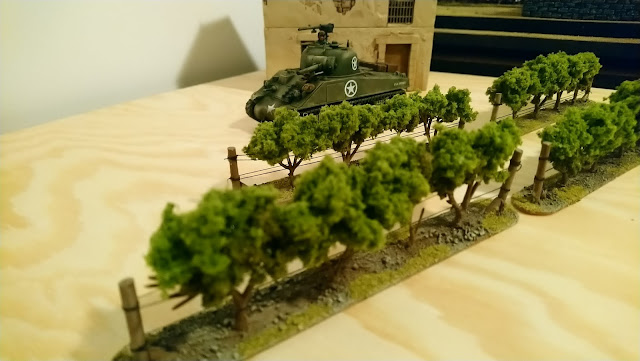 Continuing with my Italian theme, and to support my US forces, I decided to paint another vehicle. This time a Sherman. The kit is from Rubicon and it went together quite well (a bit confusing in some parts of the instructions) and it was really fun to paint. I dont really like the crew models from Rubicon, but that has more to do with my bad painting then the models themselves.

Now that I understand how to paint vehicles, I hope to do more. There is a hope that I can play a game of What a Tanker! now. Maybe the Sherman can verse the little Stug that could, or some Italian Armour that I have. 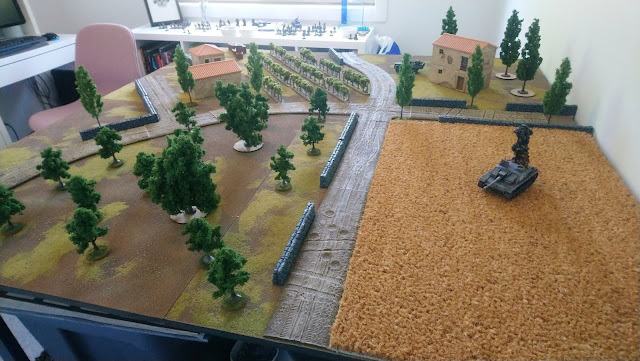 I have recently built and bought some Terrain for my Italian board. This was the first occasion I could pull together enough stuff to make a 4ft x 4ft board and play a game.

Not everything is perfect – I want to do more work to the field, base the trees, build hills and rocky outcrops, drybrush the roads, build/buy new walls and paint more miniatures. But I finally got to play so I was very happy!
I played a solo game of Chain of Command. The basic fluff was the allies have landed in Sicily and after an easy day on the beaches they begin to push inland. The scenario was flank attack with the US 82nd Airborne attacking and the Italian Aosta Infantry Division defending.
With the scenario and force rating differences the Italians had nine support points and the US had four. The US brought a M8 Scout Car and a predatory bombardment (I’d imagine naval guns in the Mediterranean). The Italians had a tripod MMG and a M14/41.

Cassill
Hi All, My names is David, currently living in Canberra, Australia. I am a avid board gamer, table top gamer and video gamer who can no longer contain himself and has decided to start a blog to blab to others about my interests. Please leave me a comment as I would love to hear from others in the community.